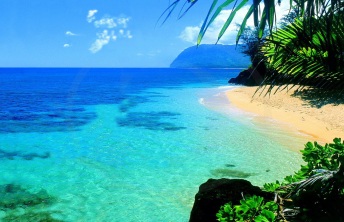 Drift Away is another song that epitomized my late childhood/early teen years.

According to Wikipedia, it was written by Mentor Williams and originally recorded by John Henry Kurtz in 1972. A newer version by Uncle Kracker became a major hit in 2003. And I just learned this, an artist by the name of Narvel Felts also recorded a version of the song which charted on the Country Hits list also in 1973. He changed the lyrics, “I want to get lost in your rock and roll” to “I want to get lost in your country song.” Other famous performers have covered this song, and I have the CD which has Michael Bolton’s version. It’s about an 8 out of 10 (Dobie Gray’s being a 10/10).

I was most interested in getting a good representation of the opening RIFF and the rendition of it that follows throughout the song. I have found it on the internet in various keys, but never with the RIFF in the key of C and the song in the key of F. It turns out this is the best key for my singing voice: that is all. I was very proud of yesterday’s post: I managed to produce a sheet of words and chords in the same key as the video I found to represent the melody of the song. That probably won’t be the case today, ha ha ha!

For your listening amusement, here is the video of the originally recorded version by John Henry Kurtz. There is little comparison to Dobie Gray’s version:

This is the best I could do, as the only “Official Video” of the song I could find had some wierd website plastered on it. So you’ll have to grin and bear the accompaniment of lyrics on this version by Dobie Gray:

Chorus:  Oh, [C] give me the beat boys and free my soul

[F]  The world outside looks so un-[C]kind

[Dm] And when I’m feeling blue, [F] the guitar’s coming through to [G] soothe me

[F] Your rhythm and rhyme and harmon-[C]y

[Dm] You’ve helped me along, [F] making me strong

Chorus X2 (Second time, first half is No Chords, just clapping the beat)

One thought on “Getting Lost in the Rock ‘n’ Roll”